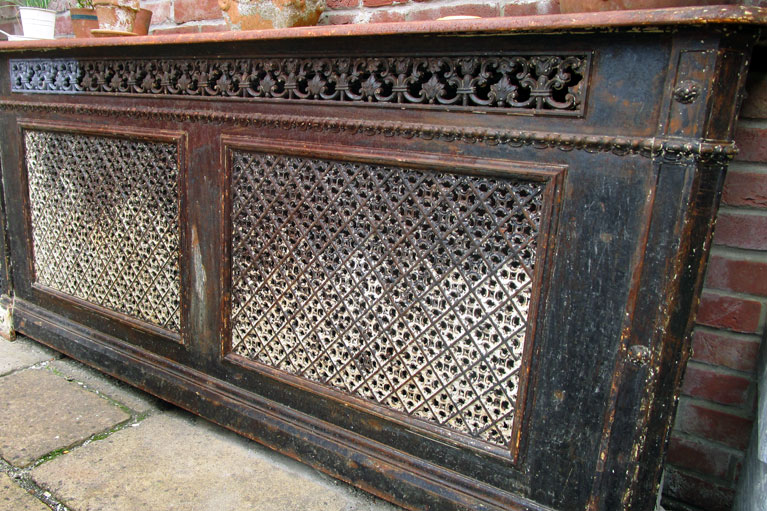 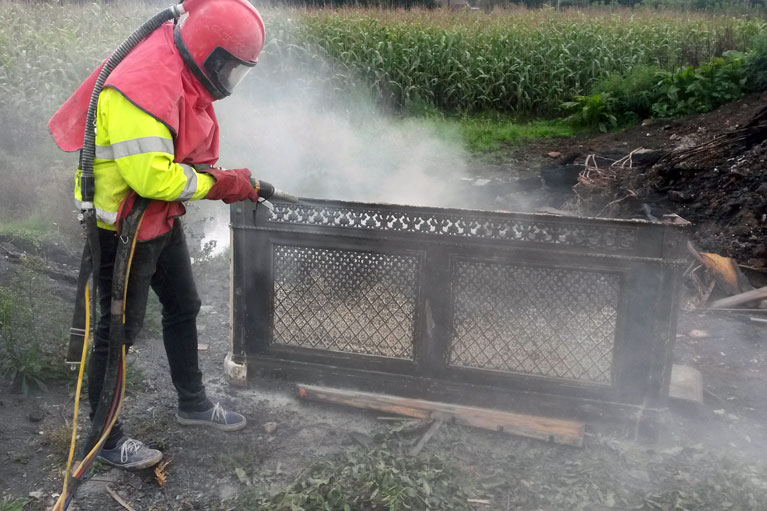 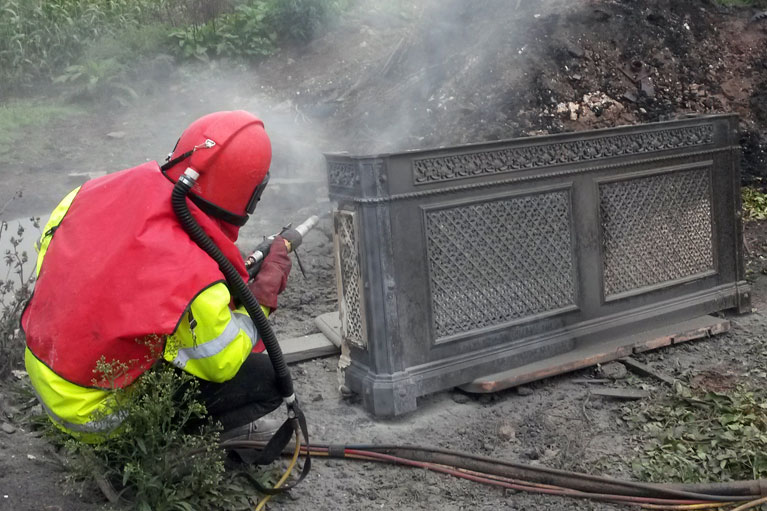 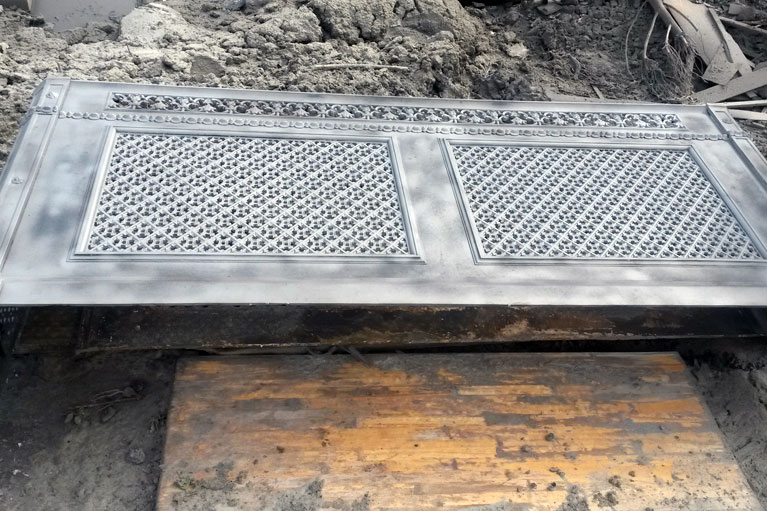 For Jane cleaning this Victorian cast iron radiator cover seemed like a lost cause, she had spent months on end trying to remove years of paint and after spending so much time on it ended up in her garden rusting away. She had got as far as she possibly could but still found that there was still a lot of paint left in the intricate detail which she could not remove.

This is where we stepped in by using a course blast cleaning technique we were able to restore the wonderful cast iron radiator back to its original glory and all the paint stuck in the intricate detail was removed and we were so happy that Jane was pleased with the results as well as the service that she received from our team.

WOW! It looks amazing and I can’t believe you’ve done it all and delivered it back. Thank you SO much. I’m thrilled to bits – just wish I’d found you 3 years ago when i started stripping it!